Day Three of the 2014 Wellington to Auckland 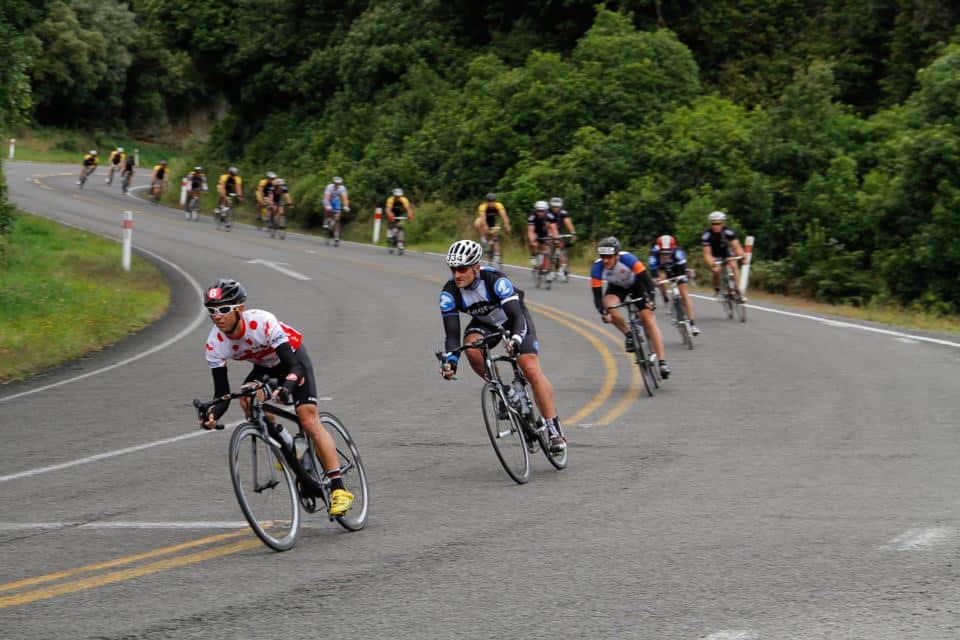 Day Three of the 2014 Wellington to Auckland

I don’t think I have ever worked so hard on the bike than I did today. Not that it was difficult or quick or overly hilly – it’s just I had one leg that refused to join the party! To be specific the right knee is stuffed – the diagnosis over the phone being tendinitis.

Essentially this meant sharp shooting pains through my knee with each serious push of the pedal, meaning very few serious pushes of the right pedal for about 140km today! The hills of course were the killer, on the flat I was able to maintain some sort of momentum and rhythm but the hills stopped me dead.

Anyway, with a mixture of Del Woodford from Avanti and Gordon McCauley from GMC Coaching ringing through my ears, I pushed on and finished both stages, arriving at Wanganui in one piece, albeit a bit broken. Del would be telling me to pace myself, make some adjustments and give the body a chance to cope in the days ahead, while Gordy would just be telling me to harden up and push through the pain!

The weather at least came good, overcast but no rain and relatively warm for the entire day. What I did love was some of the amazing descents – some great weaving downhill runs and apart from some loose metal every now and then, relatively safe to hit some high speeds. I reached 76kph on one of them and at times was able to put a little gap on the group before the next climb – and by climb I mean anything with an upward gradient at all was proving difficult!

I am dosing up on the painkillers and anti inflammatory pills and have iced the knee already today and will again tonight. Tomorrow promises plenty of climbing with Fields Track presenting an 8 and 3km climb of a steep gradient. I can only hope that some homemade treatment tonight (including smearing the knee in anti inflammatory cream and then wrapping it in glad wrap to seal it in for a nights sleep) will get me up and over the Parapara’s and then Fields Track to Ohakune.

The people in this race continue to amaze me though. From 70 plus Cyril Hibberd who continues to ride amongst people half his age, to Phil the goat farmer Clapham who finished second in group 3 on the stage into Wanganui, to Helen Brown who powered through her work today and to those who helped me through a tough day – Jan Litt, Jane Carswell, and the others I can’t remember but especially Nicola who helped me up the last tiny climb to the finish line, thanks heaps, you are all an inspiration!!