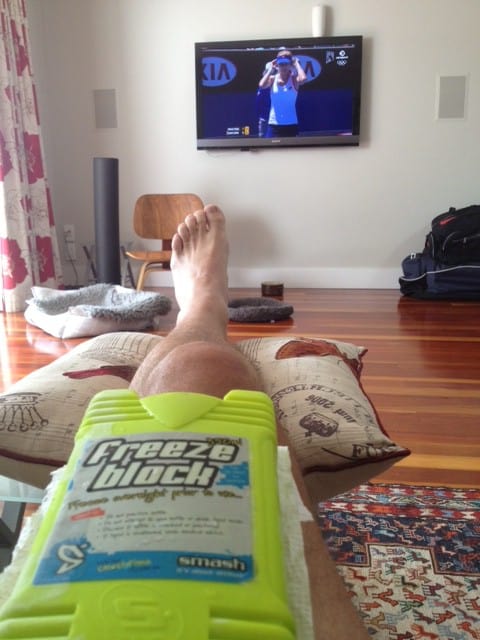 I am facing the worst possible scenario for an elite athlete such as myself preparing for an event like the BDO Wellington to Auckland Cycle Challenge – I am injured!!

Seriously though, given that I am in fact far from an elite athlete and don’t have all day to sit around being treated, I just have to suck it up and stay away from the bike for a week – just when I was hoping to be clocking up some big miles in training.

I have a strain or slight tear to the left quadriceps muscle – in other words I have stuffed my thigh. I (foolishly it seems) rode through this for two days, thinking it was not serious and would ease off. All I have done I fear is make it worse, now necessitating up to a week’s rest.

But in reality I have no other option. If I keep riding on it will get worse and I run the risk of turning up to the BDO Challenge with the injury – and that is a recipe for disaster. So for now it is ice, voltaren (is that on the WADA banned list?) and rest.

My experience on the BDO Challenge last year at least gives me some comfort. While it would not be ideal, I reckon I could turn up on February 9 without too many more rides and still finish the event. This is largely down to the first couple of days of the ride being training in themselves – the key is to ease into the ride and not be stressed about a few early aches and pains – as I was last year after two days!

One thing I will have to watch though (as well as the Aussie Tennis Open and cricket on SKY) while I am sitting with the ice pack on the leg and the bike far from my thoughts, is my food intake. While training I was able to get away with the odd indiscretion, the odd sneaky visit to the pantry for a high salt and high fat snack.